Christmas Thoughts... So Why this Lavish Joy?

So what can we say about Christmas? No, Not the colored lights and the laughter and the camaraderie of friends in cheery places. Those are merely reactions to Christmas.

What can we say about the why of Christmas? The source of our joy?

Christmas is a light…A light which shone into the darkness...and the "people who walked in that darkness" saw a whole new world. 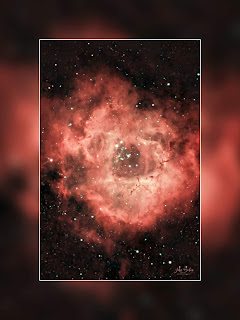 It’s an understanding of God…finally.

People have always had an awareness of God. They look around. They see that “things don’t make themselves” and they deduce a planner, a maker, an architect. They look within. And they realize that people matter. There is that sentient spark that is more than just the body we wear. There’s a feeling that I…that part of me which is identity…is immortal…or should be. There’s a knowledge of “justice” that’s higher than animal “might makes right”. There’s hope and love and all kinds of feelings that seem more than what we are made of--chemically. Throughout history…there’s a desire for purpose and a knowledge that there must be a God…but knowing Him, well that’s another thing.

We read in Hebrew history of a time when the Israelites camped in a wilderness. For years they wandered around with their tents and their sheep. They had a tent for God too, and they packed it up and carried it along with them. But entering the presence of God was impossible for most of them. There was fear. There was awe. There were commandments—laws they could not keep and a holiness so pure it was frightening. Lambs, they sacrificed to atone for sins. They sometimes loved their God, and sometimes gave up on serving him. When their failures overwhelmed them, they turned to an easier way. “It’s better to ignore God,” they thought “and be our own independent lords”.  Anarchy followed. Then captivity. All kinds of slavery. Darkness.

But as they suffered…generation after generation…they whispered to each other the promise that their prophets had kept alive through centuries of writing…a savior will come. God will provide a lamb—a lamb so holy we will never need another sacrifice. He will show us the Father. All things will become clear. Light will shine.

And God? Well He kept loving and He kept promising and He even kept talking to those who wanted to listen. And then, one weary night, Jesus slipped quietly into the middle of human history.

Some were unimpressed. After all, they had heard many stories of gods taking human form…waltzing down to earth to stir things up, instigate battles, seduce women, reward the faithful and punish the unbelieving…or punish the faithful and reward the beautiful—these gods were capricious. When they got bored, they left. They never suffered. Felt cold. Thirst. Hunger. Weariness. They never really understood men because they never became mortal.

At Christmas we celebrate something very different. Christ. God became man. He became one of us. Not a rich one of us and not an oligarch or an exalted warrior. A baby. A child. He would show God to us.

He would pay for sin…once and for all…make a way for us to follow, restore our friendship with God…to the point we could call Him Father.

This Christmas baby was Immanuel which means literally “God with Us” He was the light and He is still the light…shining into all our dark places. That is the joy of Christmas. That is the why.

Credits to John Bailey for the stunning picture of the Rosette Galaxy.

Lilibeth
When people remember me, I want them to realize that what was good in me was a gift from God; the snippy, mean, grouchy part of me was all mine. Sigh.